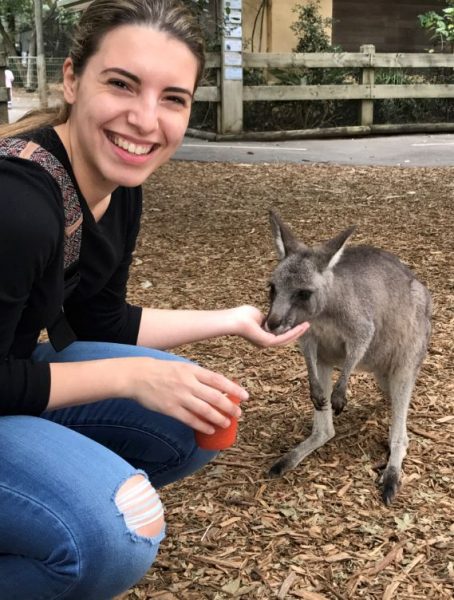 is a first year PhD student in Dr. Jacob Jones’ research group studying Materials Science & Engineering. Her research involves oxide electronics – specifically hafnia compounds and their ferroelectric properties. She originally started working with Dr. Jones as an undergraduate when she participated in an International REU experience with his collaborators at the University of New South Wales (UNSW) in Sydney, Australia. She became fascinated by the complexity originating from what is a seemingly “simple” binary oxide structure and wanted to delve deeper in graduate school. In addition to her scientific curiosities, she’s also passionate about expanding opportunities in STEM education. This is her third year in SciBridge – an organization that builds lesson plans and experiment kits on sustainable energy topics and ships them to partner universities in east Africa. She’s also striving to impact locally and recently joined RTNN as a student ambassador where she’ll get the opportunity to share her interests in nanotechnology and engineering at local public schools.

What primary instrument(s) are you using for your research and what do you like about it?

My favorite technique by far is Atomic Force Microscopy (AFM) in piezoresponse force microscopy (PFM) mode. I learned this technique on a SmartSPM-1000 when I was visiting UNSW and used it to characterize the piezoelectric properties of thin film hafnia-zirconia on flexible substrates. I’m adjusting to the MFP-3D at AIF which actually has more advanced modes like Dual AC Resonance-Tracking and switching spectroscopy, which I can use to get a more complete picture of my film. Aside from PFM, I’m also interested in becoming proficient on the Talos – I’m currently taking Dr. Beth Dickey’s Transmission Electron Microscopy course (MSE 715) and will be using STEM to characterize thin film interfaces in the future.

What have you been researching?

I study binary oxide thin films of hafnia and zirconia (HZO) and their piezoelectric and ferroelectric properties. While hafnia has been around the electronics market as a gate dielectric for quite some time, the ferroelectric properties of hafnia were only discovered in 2011. What makes this material system interesting to study is its highly debated origins of ferroelectricity, existing only at nanometer length scales. There are so many factors at play – surface energy effects, oxygen vacancies, strain fields – that it’s almost like a ferroelectrician’s playground. I’ve started by fabricating HZO films at NC State’s Nanofabrication Facility (NNF) via atomic layer deposition. Developing this capability in our research group will give us the flexibility to study the effects of a wide range of processing parameters on structure-property relationships. My group specializes in in x-ray diffraction and so I’ll be looking at this system via GIXRD and high-resolution synchrotron sources in the future. 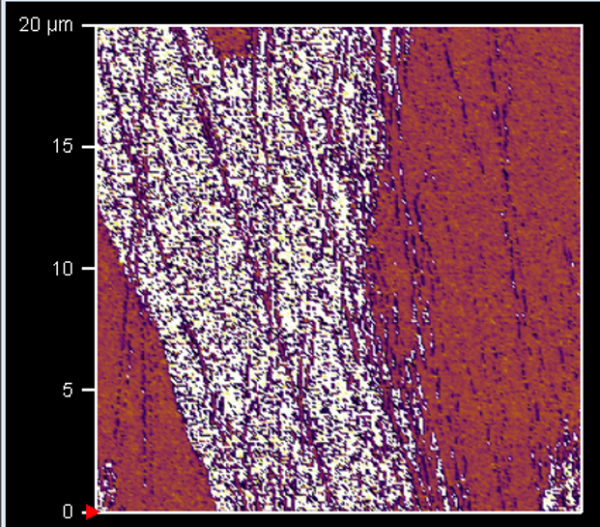 How is your research impacting the community?

Have you ever experienced your computer suddenly dying at the most inopportune moment? What you were working on – at least your local files – was being handled by the RAM in your computer. This type of memory is volatile, so when your computer crashes, those files will disappear unless they were stored on your hard drive. With ferroelectric memory (FeRAM), however, we can store memory without a power source. Not only is this highly convenient for accessing otherwise “lost” files, but it is significantly less power taxing on your computer. The Stoddart group at Northwestern calculated that if all electronics operated on non-volatile memory, the U.S. could save up to 6 billion dollars annually. By developing hafnia-based materials, our research is contributing to the future of memory consuming less power, lasting longer, and capturing more data.

What have you learned from your experience at AIF?

Practice makes perfect. AIF is a great place to learn thanks to the highly knowledgeable staff. At the same time, it takes dedication and persistence from a user to master a technique.

Best thing about AIF in 5 words or less?

Is there a staff member at AIF that has helped you?

I’d like to thank Chuck Mooney and Dr. Matt Cabral for sharing their expertise and eternal wisdom with me. I’d also like to thank Anna Lumpkin for her meticulous attention to detail in managing schedules and travel. You all rock!